Is Jaspa Fletcher the Next Big Thing? 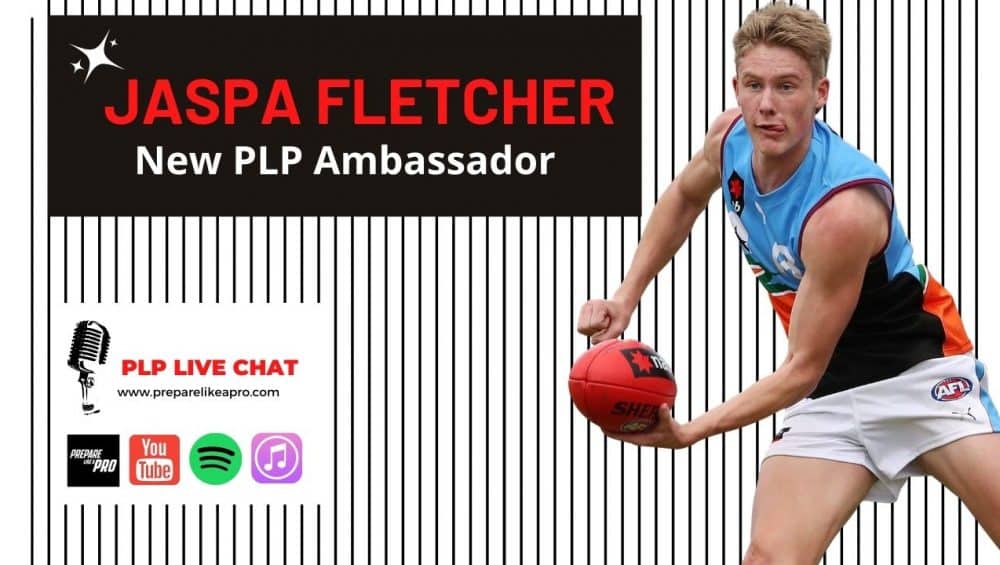 There’s no doubt that Jaspa Fletcher is one of the most promising young Australian rules football players in this year’s draft. The 18-year-old has a natural talent for the sport and is looking to take the next step in his career with the 2022 AFL Draft looming on the horizon.

Showing that the apple certainly did not fall far from the tree, Fletcher is a second-generation player, being the son of Adrian Fletcher, who played 231 games for the likes of Brisbane, Geelong, Fremantle, and St Kilda. The young balanced midfielder showed off his skills in the recent NAB AFL Under-18 Championships where his Allies team finished with a 1-3 record during the carnival.

Fletcher was particularly spectacular in the Allies’ win over Western Australia at the Thebarton Oval. Showing his readiness for the next level, the talented youngster racked up 26 disposals, four tackles, and six clearances in a best-on-ground performance. He also showed uncanny leadership qualities, often being one of the first to put his hand up for a smother.

While he may not be the biggest player on the ground, Fletcher’s athleticism and determination more than make up for it. He has an impressive vertical jump and is extremely quick over short distances. His speed and agility make him hard to contain when he’s on the attack and he’s also very good at finding space in congestion.

Fletcher is set to be one of the most sought-after players in this year’s draft and it will be interesting to see where he ends up. Experts peg Fletcher to be in the 20-25 range when it comes to the final order of the draft, but with his impressive skillset and bloodline, it wouldn’t be surprising to see him snapped up sooner than that. Off the field, Fletcher has a cool demeanor and is very popular amongst his teammates, who he considers to be like family.

“In my eyes, the best thing about the game of football is developing those close relationships with your teammates which creates that fun element of footy but also pushes you to become better. Always a great feeling running out and playing for them on gameday,” said Fletcher.

The pandemic was a crucial period for Fletcher as he took the time to stay active and work on his game. He says the documentary “The Last Dance” resonated with him and Michael Jordan’s commitment to becoming the best served as inspiration.

“I don’t have a movie off the top of my head, but the last dance with Michael Jordan had a big impact on me – especially through the quarantine period this movie was very impactful because it showed me how much time and effort goes into mastering the skills in the sport. With it being lockdown also, it inspired me to keep working hard at training so when games were to resume I knew I was ready. This period was key in my development pathway,” added Fletcher.

When he’s not training or playing, Fletcher enjoys spending time with his family and friends, as well as playing golf. He also enjoys heading over to Gippsland to visit his grandparents and enjoy the water.

“Being from Victoria, my favourite destination would have to be Lakes Entrance in Gippsland. My grandparents own a beach house down there so every Christmas my close family and I stay for about 3 weeks. The weather is always great for boating and plenty of space to use the jet-ski.”

Fletcher’s focus is firmly on making the AFL, but he says he’ll continue to enjoy his life away from the game regardless of what happens.

“I’ll just keep living life to the fullest, taking each day as it comes and see(ing) what happens. If I don’t end up playing AFL then that’s fine, I know I gave it everything I had.”

There’s no doubt that Jaspa Fletcher has what it takes to be a star at the AFL level and he will no doubt be one of the most exciting players to watch in the years to come. If he can continue to develop his game and reach his potential, there’s no reason why he can’t be one of the best players in the league. Only time will tell if Jaspa Fletcher is the next big thing, but he’s certainly off to a good start.

If you’re an AFL player who wants to take your game to the next level, be sure to check out Prepare Like A Pro. You can find more information on our services page via our website or follow us on social media.