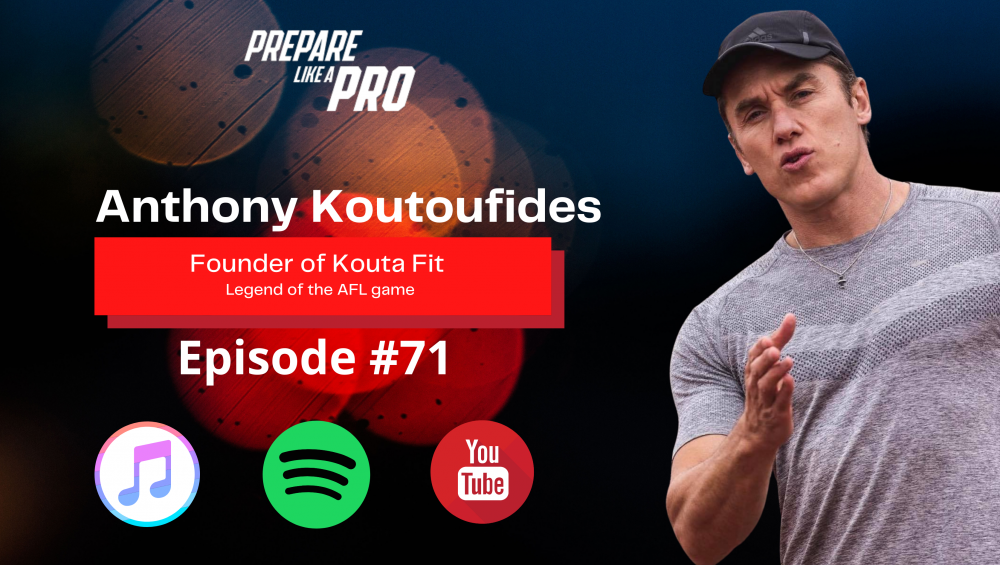 Anthony Koutoufides rose to incredible prominence while playing for the Carlton Football Club. He is regarded by fans and pundits alike as one of the most potent and finest players of all time, owing to the versatility that allowed him to play every position. Koutoufides was in a class on his own, so much so that he was frequently called the prototype of the modern footballer.

Apart from his sporting greatness, Koutoufides has also made a name for himself, becoming an Australian celebrity and making several appearances on television shows. His most notable stints were in the Australian television series “Gladiators” where he played the character “Kouta,” and Australia’s version of “Dancing with the Stars,” which he won in 2006.

Koutoufides joined Carlton in 1990 after being recruited from Lalor. He played 50 games in the reserve squad, where he was named the best and fairest player in the league in 1991. In 1992, he began his AFL career with the Carlton FC. He rapidly proved himself to be one of the most dynamic and athletic players ever to play the sport. With a solid mark, a beautiful kick, and a hard-running style, the former state under-16 high jump champion, who excelled in the 110m hurdles and the discus, decided to transfer from track and field athletics to Australian rules football.

Throughout the early to mid-1990s, Koutoufides’ prominence rose, and by 1995, he had distinguished himself as a dominant player in the game. Highly regarded for his powerful mark and his extraordinary one-handed proficiency at stoppages, Koutoufides was more skilled than any other player in the league at plucking the ball up off the ground with one hand and then swinging that arm over opponents to set up clearing handpasses than any other player in the league. He was a member of Carlton’s 1995 premiership team and was named to the All-Australian team.

Koutoufides reached the pinnacle of his career in 2000, his most remarkable season. He appeared in 20 games, averaged 26 disposals, more than six marks, and almost two goals per game. In Round 8, he had a career-high 39 disposals against Sydney. He was the clear frontrunner for the Brownlow Medal before suffering a knee injury (torn posterior cruciate ligament) in front of 91,000 fans in Round 20 against Essendon.

He was the clear frontrunner for the Brownlow Medal before suffering a knee injury (torn posterior cruciate ligament) in front of 91,000 fans in Round 20 against Essendon.  He’d also miss out on Carlton’s best and fairest, which Brett Ratten and Scott Camporeale. Still, he’d win the highly regarded AFLPA MVP Award (now known as the Leigh Matthews Trophy) and was named to the All-Australian team for the second time. His knee injury, though, would keep him out of the International Rules series.

Koutoufides’ recovered from his knee injury before the start of the 2001 season. He went on to earn his first club best and fairest award. However, he suffered another knee injury in the semi-final versus Richmond, this time a severe ruptured anterior cruciate ligament (ACL). He didn’t play again until Round 15 in 2002, and he only played three games that year, all while wearing a custom-made brace. For the next few years, Koutoufides’ jumping ability was significantly undermined.

Koutoufides was named captain of the squad in 2004 after Andrew McKay retired, a role he retained until 2006. Koutoufides won his second best and fairest award as captain in 2005. He was once again a major component in Carlton’s midfield.

On July 31, 2007, Koutoufides announced his departure from AFL football. The choice was reached after a hip injury he sustained against St Kilda in Round 17 of 2007 was more severe than initially thought. Before the match against Collingwood in Round 18, 2007, he received a lap of honor and a standing ovation from the Carlton players and spectators. Koutoufides is Carlton’s all-time leading scorer with 278 games played.

Koutoufides was a member of the century’s Italian and Greek teams, the latter of which he was nominated vice-captain. He is a Carlton Football Club life member. He is also a life member of the AFL, participating in 305 games (278 regular-season games, 26 pre-season games, and 1 State of Origin game). He was admitted to the Australian Football Hall of Fame in 2014.

Two particularly notable performances stand out in Koutoufides’ career. Koutoufides controlled the wing against West Coast in Round 5 of 1996 at Optus Oval. He had a career-high 18 marks, including the game-saving mark that kept the Blues in front by one point. For the Optus Oval farewell, it was entered into the “Memorable Moments” category.

The second unforgettable performance of Koutoufides was his final quarter in the 1999 preliminary final against Essendon. Koutoufides went into the middle in the fourth quarter, drifting forward and back to finish with ten kicks and six marks, four clearances, three rebounds, and two goals, enabling the Blues to rally from an 11-point deficit to upset the heavily-favored Bombers by one point. Stephen Kernahan, a club icon (and later president), called the performance “the greatest quarter of football ever played.”