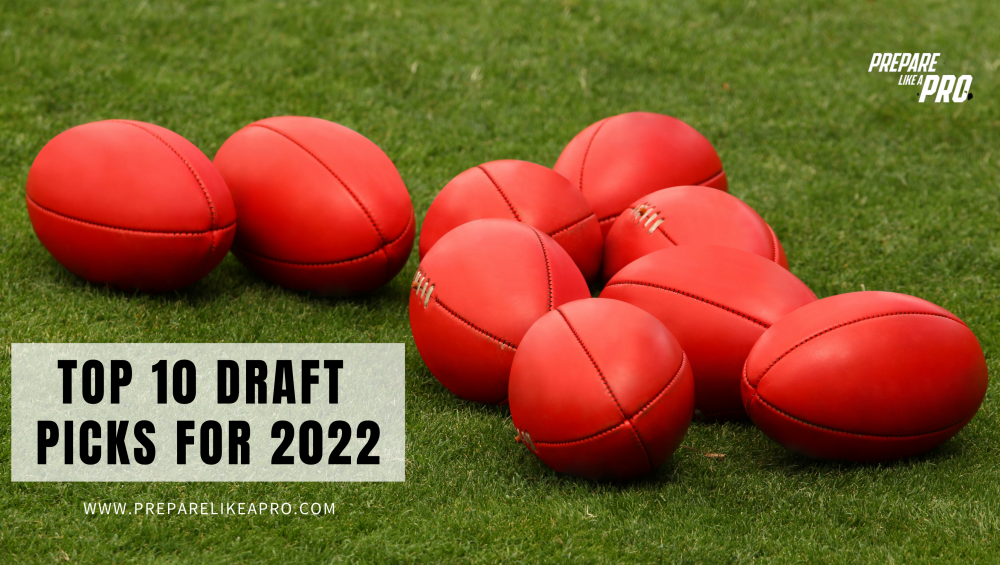 It’s never too early to start thinking about the AFL’s top under 18 talent. After all, the 2022 AFL Draft is upon us. This year’s draft class is shaping up to be an impressive one, with plenty of talented prospects. In this blog post, we will take a look at the best AFL 2022 draft picks who are likely to make their mark this season. These players have all shown tremendous potential and could make a big impact in the AFL.

The son of triple premiership Lion Marcus, Will Ashcroft is the early favorite for the No. 1 pick in 2022. During Vic Metro’s Under-17 Championships match versus Vic Country, Ashcroft showed he is the entire package with 33 disposals, 20 contested possessions, 12 clearances, nine inside the 50s, and two goals. He not only wins first possession during stoppages, but he also has fast hands, athleticism, and traffic escape. With his kicks to targets inside 50m and the ease with which he can strike, Ashcroft causes havoc for opposing sides.

Broadbent, who just turned 17 in December, has emerged as the top ruck prospect for the class of 2022 after featuring in three WAFL League games and making an impression in his Western Australia debut against South Australia. Hit-outs are directed to advantage, and Broadbent puts in a lot of effort around the ground. He also has amazing skills. Broadbent is clean at ground level and more than adept while marking overhead.

Busslinger is one of the most talented key defenders in the class of 2022. He is a superb interceptor who makes excellent use of his early read of the ball in flight. He attacks the ball from the air and has uncanny dexterity when it comes to picking the ball out of the air. When he has the ball in his hands, Busslinger is a composed and dependable distributor, and when he is on the defensive, he is competitive and capable of limiting the impact of his immediate opponent.

D’Aloia, who was named best on the field in the SANFL Under-18s Grand Final, is one of the most polished and dependable midfielders in the 2022 draft class. With his hands, D’Aloia is a prolific first-possession winner, tackler, and a superb distributor of the ball. He plays a fierce two-way game and already boasts a powerful kick that penetrates the opponent’s defense.

Hewett has proven to be one of the most entertaining midfielders in this draft with back-to-back spectacular performances in the WAFL Colts Grand Final and for Western Australia in the Under-17s against South Australia. Hewett is a powerful ball-winner who shows off his strength while exiting stoppages and causes havoc whenever he receives the ball forward of centre. Hewett combines good pace, agility, and evasion with devastating foot skills, whether he’s spotting and hitting targets inside 50 meters or completing the goal himself.

Keeler is a part of Adelaide’s Next-Generation Academy, but if a bid arrives in the top-40 in 2022, the Crows will not have first access to him. Keeler, a 198cm high leaping, smooth moving athlete, is one of 2022’s most fascinating and extraordinary key forwards. He has strong hands overhead and his one-touch cleanness at ground level is excellent.

Lemmey, who stands at 202cm and is the favorite to be the first key forward taken in the 2022 draft, had a fantastic season and ended it off with three goals in each of his finals, including 12 marks in his last encounter. Lemmey is most dangerous in the lead-up to the ball, displaying a voracious hunger for the ball, displaying an unusually high work rate, and consistently generating meaningful separation on the lead.

Ryan is a powerful contested ball winner with superb speed and agility, as well as a feisty tackler. All these skills have made Ryan one of 2022’s most advanced midfielders. Ryan not only wins the ball on the inside, but he also covers a lot of territories and finds the ball on the outside, demonstrating nice and tidy skills.

Tsatas, who can play on the wing or across halfback, splits the lines with his speed and is an excellent ball user with his precise kicks out in front of targets to lead onto. In 2022, Tsatas hopes to push further towards the center square, allowing him to use his quickness to break out the other side of stoppages.

Wardlaw, a strong first-possession winner who excels at stoppages, demonstrates strength to withstand opposition tackles, ward off opponents, and blast out of stoppages after regaining the ball. Wardlaw is also a superb hand distributor at stoppages, finding targets on the outside by hand on a regular basis.

The 2022 AFL draft looks to be very promising, with a number of talented midfielders and key defenders. Keep an eye out for these 2022 draft prospects in the coming years! Who do you think will stand out amongst the AFL rookies for 2022? With these NAB League best players and Under 18 AFL Australian Squad members ready to make their mark, it’s going to be an exciting year!

If you want to prepare yourself for the big league, you must Prepare Like A Pro. Get in touch with Jack or one of the coaches today! We’ll help you get ready for the 2022 AFL draft combine and help you how to take your game to the next level.

To join our online high-performance program for free click here.