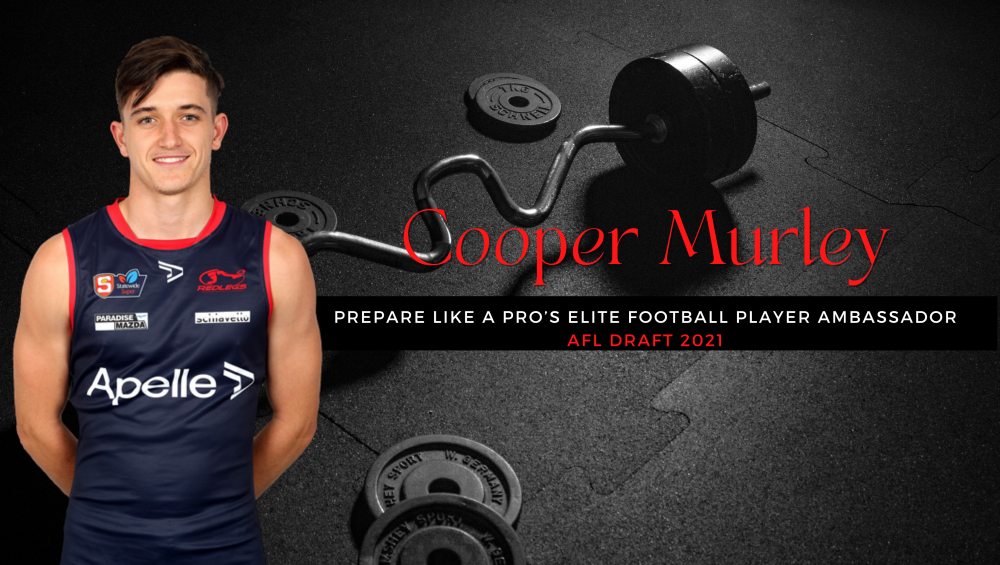 Cooper Murley is a promising prospect that Collingwood selected 49th overall in the 2021 NAB AFL Draft from Norwood.

Murley is a quick, attacking midfielder who can win his own ball and use his athleticism to his advantage on the outside. He is our Adelaide ambassador for 2021.

Murley possesses the speed and acceleration necessary to perform at the top level as a smallish talent. He complements his speed with a great work ethic. Murley works relentlessly up and down the ground, charging into defense to assist his teammates and immediately transitioning on the rebound.

Notably, the 18-year-old could not hear his name announced during the draft because he was in the bathroom. He had no idea where he was going until his relatives surrounded him as he exited the bathroom.

“I was actually in the toilet at the moment my name was called,” Murley said in an interview with Collingwood Media. “Walking out and having all my family jumping all over me is something I won’t forget anytime soon – it was by far one of the most surreal moments of my life.

“I had a pretty good idea about what had happened with everyone going mental. Before I went to the toilet, I didn’t actually look at who had the next pick, so I was trying to get around people to the TV to see who I’d been picked up by. When I saw it was Collingwood I was rapt.”

Murley admitted that his first day at the club was an ‘eye-opener.’ Still, he is looking forward to demonstrating his abilities to Pies fans.

“Being around Pendles, Howey, Maynard … you watch those guys on TV and to be out there training with them and to see their standards and their work ethic at training is eye-opening,” he said. “I want to implement that into my game as well. I hope Pies fans will see me as an excitement machine, and I want to build on my strengths – my speed, agility, and endurance.”

Cooper Murley caught the eye of AFL scouts last season after putting together a remarkable bottom-age season for Norwood’s premiership-winning Under 18s team. Primarily deployed in the middle, the Tea Tree Gully youngster shone in the McCallum-Tomkins Medal ballot, finishing only a vote behind subsequent first-round pick Tom Powell.

This season, the AFL Academy product overcame an ankle injury in April to play four Reserves games for the Redlegs, averaging 12 disposals and three marks per game. When he returned to the Under 18 team, he racked up 34 disposals, seven clearances, and two goals against South Adelaide, reminding spectators of his elite ability and skill.

Murley possesses a compelling combination of speed and natural football ability. Murley is at his best when he is allowed to line up at stoppages while also utilizing his speed and clean kicking on the outside of the battle. He is constantly on the move during stoppages, striking the ball quickly and accelerating through traffic. At Norwood, he amassed many possessions in a second-receiver role, where he can make the most of his excellent attacking abilities.