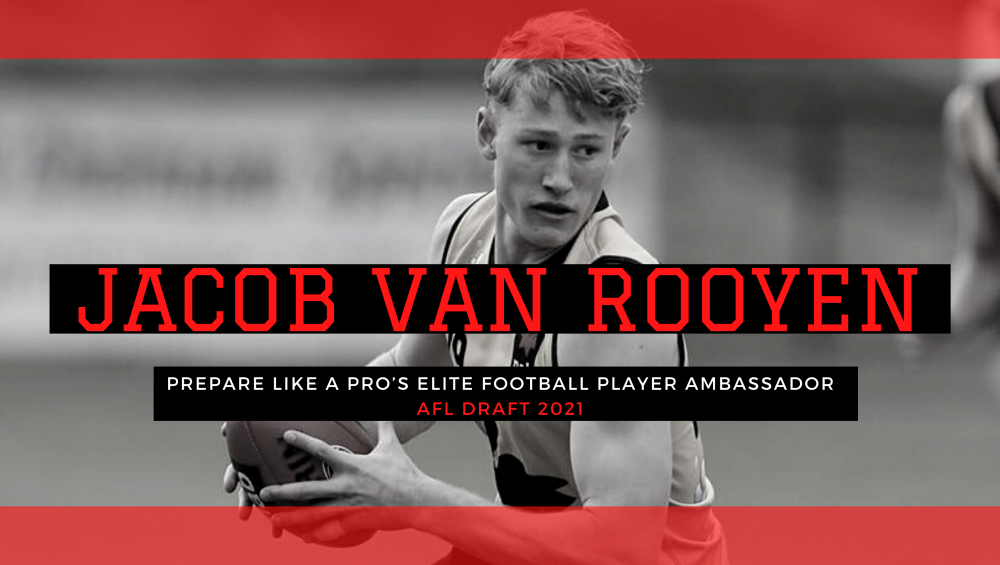 Jacob van Rooyen is an intriguing talent Melbourne selected as the 19th overall pick in the recent 2021 National Draft.

A national ambassador for a multi-faceted provider of physical preparation services Prepare Like A Pro, the 6-foot-3 Western Australian native could prove to be a valuable swingman, having expertise in vital position roles at both ends of the field.

The intriguing tall bolstered his draft stock with his season-ending performance for Claremont in the WAFL Colts competition. Van Rooyen kicked eleven goals in three Tigers finals, including four in a Grand Final defeat. His ability to play both sides of the field will be critical to the Demons’ success. This was on full display during Western Australia’s Under 19s representative contest against South Australia, where Van Rooyen excelled all day in the down back before sneaking up in the final moments to hit the game-winning major.

“Van Rooyen kicked the winning goal for Western Australia against South Australia in the under-19s clash last weekend, having drifted forward late after spending most of the game in defense. It is that versatility that has improved the Claremont product’s stocks across the year. Van Rooyen played at senior level earlier this season whilst battling glandular fever but his past two months have impressed with his work ethic and capacity to play in key positions,” said draft expert Callum Twomey.

Van Rooyen, who has shone at both ends of the grounds, had a sneaking suspicion he might wind up with the Demons.

Van Rooyen, who was sidelined earlier this year by glandular fever, believed he could play senior footy next season and didn’t care which position he played.

“I think I’m quite close enough to a good size and good weight,” he said. “It’s probably just learning to be a bit smarter with my body.”

Van Rooyen stands out in a draft class dominated by midfielders. When you combine his tall stature, strong marking, hard running, and plenty of blond hair, it’s easy to see why scouts took notice.

“It’s not so much about me going out there and dominating – it’s more playing the best I can and proving I am able to play against men. I think showing I can hold my spot and that I’m physically ready is the main thing that’s good,” he said.

The lifelong Dockers supporter described training alongside club legends Nat Fyfe and David Mundy as unreal, despite idolizing a Richmond spearhead when honing his own attacking skill.

“I admire Jack Riewoldt and his uncanny ability to leap into contests. He does not always mark it, but he is constantly creating contests and is also an excellent lead player,”‘ he stated.