How Far Do AFL Players Run In A Football Game? | Prepare Like a Pro 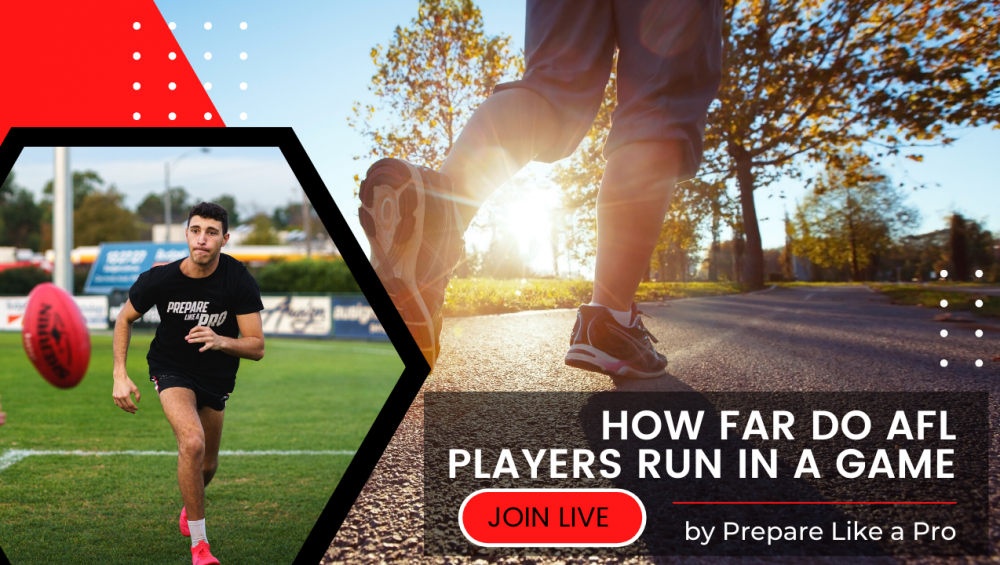 AFL players are some of the fittest athletes in the world. They need to be able to run long distances at high speeds, change direction quickly, and have the endurance to last for an entire game.

Of course, there’s a lot more that goes into playing AFL than just running. Players need to be able to think on their feet, make quick decisions, and jump high enough to catch the ball. But it’s still fascinating to think about how much distance they cover over the course of a match.

There are some really fit players in the AFL, and it’s amazing what their bodies can do. Some players have even been known to cover up to 18 kilometers in a game! It just goes to show that if you want to be good at AFL, you need to be physically prepared to cover a lot of distance.

So just how far do AFL players run in a football game?

Thanks to GPS technology, we now have a pretty good idea. AFL players cover an average of 12-14 kilometers per game, with some players running as much as 20 kilometers in a single match.

And it’s not just the amount of distance that AFL players cover that is impressive, it’s also the speed at which they do it. AFL players can reach speeds of up to 35 kilometers per hour when sprinting!

AFL players typically run between 3 and 7 kilometers during in-season training sessions and 5 – 16 kilometers during pre-season training sessions. Interval sprinting is a key part of their conditioning, as it helps them develop the explosive speed and agility required for the game. AFL players typically do several short sprints (20-40 meters) at maximal effort, followed by a brief rest period. This type of training not only improves their on-field performance but also helps them build the endurance needed to play an entire game.

AFL players need to have a high level of aerobic fitness to be able to run around the oval for an extended period of time. AFL conditioning programs, therefore, need to include a lot of running, both long slow distances and shorter sprints, to build up the players’ aerobic capacity.

Incorporating fitness into training drills is a good way to keep players motivated and help them improve their aerobic capacity. For example, you could start a drill with a short burst of speed followed by a period of jogging or walking. This will help the players to get their heart rates up and then recover before going again.

Increasing the intensity and duration of aerobic training over time will help players to improve their fitness levels and become better AFL players.

High-speed running is a key component of AFL training, as it helps players develop the necessary capacity to run up and down the ground. On average, AFL players will run between 300 and 600 at high speeds during in-season training sessions and anywhere from 500 to 3000 in pre-season sessions. This type of conditioning not only helps improve their on-field performance but also reduces the risk of injury.

There are a number of different tests that can be used to measure aerobic fitness in AFL players. Some of the most common include the beep test, yo-yo intermittent recovery test, and multistage shuttle run test.

The beep test is one of the most commonly used aerobic fitness tests in AFL. It involves running between two points 20 meters apart at increasing speeds, as dictated by a series of beeps. The level at which the player can no longer keep up with the beeps is their score.

The yo-yo intermittent recovery test is another popular option for AFL players. This test involves running back and forth between two points, with varying degrees of intensity. The aim is to see how quickly the player can recover from periods of high-intensity activity.

The multistage shuttle run test is another option that can be used to measure aerobic fitness in AFL players. This test involves running back and forth between two points, with the distance increasing each time. The aim is to see how far the player can run in a set period of time.

Overall, these tests are a good way to measure the aerobic fitness of AFL players and can help coaches and players alike to identify areas that need more focus. By regularly testing fitness levels, players can ensure that they are making progress and working towards their goals. 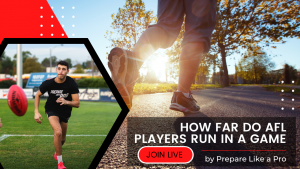 Common questions from our socials:

If you’re looking to improve your AFL running performance, then check out our Online AFL Training Program. Our program is designed to help you increase your speed, endurance, and running efficiency. Contact us today to learn more!