Belle Dawes – The Energetic Lion Who’s Doing it All! 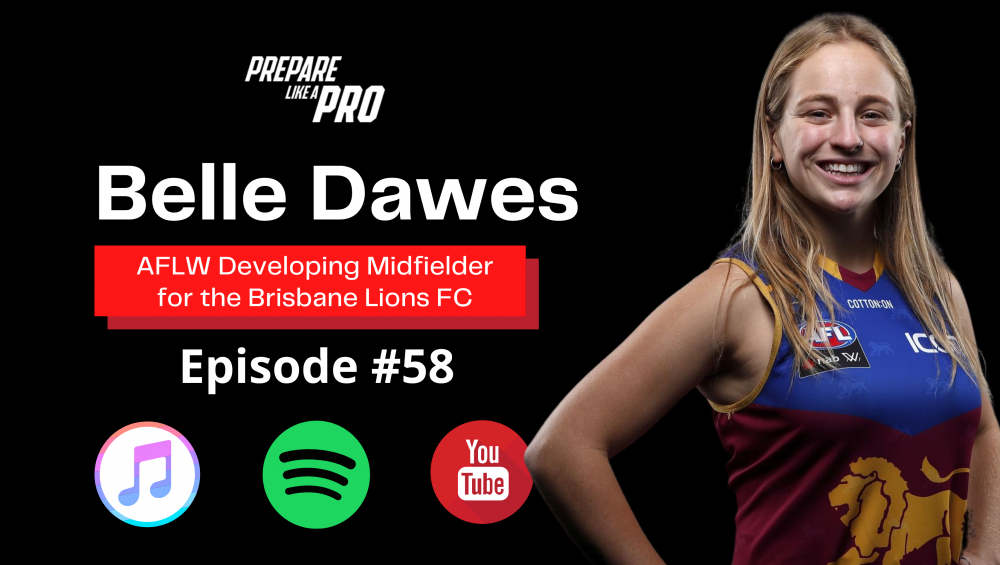 Even though she is only 21 years old, Belle Dawes has made an immediate impact on the AFLW competition. She has already been named to the AFLW Premiership team in 2021, has been nominated for the NAB AFLW Rising Star award in 2021, and has been named to the AFLPA 22 Under 22 Squad in 2021, despite only being in her third season. Known for her unbridled passion for the game and her team, the Lions Academy product will be hoping to build on her previous success with another successful campaign.

Belle Dawes is a true gem. With her self-assuredness, her rule of thumb, and unmatched footy talent, many people have helped make all she has possible. It’s easy to see why everyone loves helping this young woman achieve what she wants in life because it means influencing someone you know will do the same for others when they get the chance! Whether that’s Belle’s mother always believing in her or just being accepted into an all-boys football club – mixed with everything else included – allowed Belle to realize one day playing AFLW was something worth fighting for!

When Dawes first started playing football, the young Victorian didn’t play with girls. There were no girls to play with at all – and if you asked her when she was twelve years old if she could imagine playing in Australia’s highest women’s competition of AFL footy, it would have been a ridiculous question for her to consider because there wasn’t even any such thing as “women’s footy” yet!

Despite the adversity, Dawes became one of the most promising draft hopefuls to be picked in AFLW. Playing with boys taught her that confidence is critical; this Brisbane Lions Academy product knew she could make it happen when given a chance.

“When I first started playing, it was like ‘oh it’s a girl,’ and then a lot of the better players in that team started liking me, then I was seen on the same level as them,” Dawes shared in an interview with aflq.com.au.

“Getting respect from that [meant] when I would go into a game [thinking] everyone actually knows I’m alright. I remember one last game, it was 2012 and one of the boys tackled me and the whole crowd cheered, because they got me.”

Working with Starcevich Early On

Dawes well knows the fact that it takes many factors to create a masterpiece, and present Brisbane Lions head coach Craig Starcevich has played a role in this one is no secret either.

“When Craig first saw me, he really loved my game, he called me Dawsey straight away,” Dawes relayed. “The club is Craig, he’s not one of those coaches who is just going to yell at you, he genuinely wants the best.”

Dawes recalls a game in which her team didn’t perform up to expectations. Still, instead of being punished by an enraged coach, Starcevich jumped at the chance to observe how they were performing under a lot of stress.

“He makes us think about our game and keeps pushing us for more, even the way you’re thinking about it or holding yourself on the field,” Dawes said. “People always ask what your dream is and I thought I couldn’t say AFL but mum was like ‘yes you can, you can do anything, if you want to play AFL do it’,” she added.

Dawes’ ability to perform, which she possesses in spades, was the most critical factor in her success. Dawes was selected as the only female participant out of 400 applicants to participate in the DraftStar Tim Watson Scholarship program when she was 12 years old. She received a year of individualized football development as a result of her selection.

That was nearly a decade ago, and she has come on leaps and bounds in the time since then. Dawes had the highest number of games played in the middle of the 2019 competitions, with more than 12 games played. In addition, she was one of six Queenslanders welcomed to the NAB AFLW Draft Combine in Melbourne, where she performed admirably in the agility portion of the test.

On the other hand, speaking with her would not provide you with an accurate inkling of just how much natural ability she possesses.

“I felt average; I didn’t feel like I was less or better, just right where I wanted to be. I was confident.”

In 2019, Brisbane drafted her 15th overall pick in the AFL Women’s draft. She had been playing for Maroochydore in the AFL Queensland Women’s League at her selection. She then made her Lions debut on February 8, 2020, in the team’s round one match against the Adelaide Crows at Hickey Park. She has since extended her contract with Brisbane for one more year, which will begin on June 15, 2021.